Copyright:
© 2004 Society for Reproduction and Fertility 2004

Copyright:
© 2004 Society for Reproduction and Fertility 2004 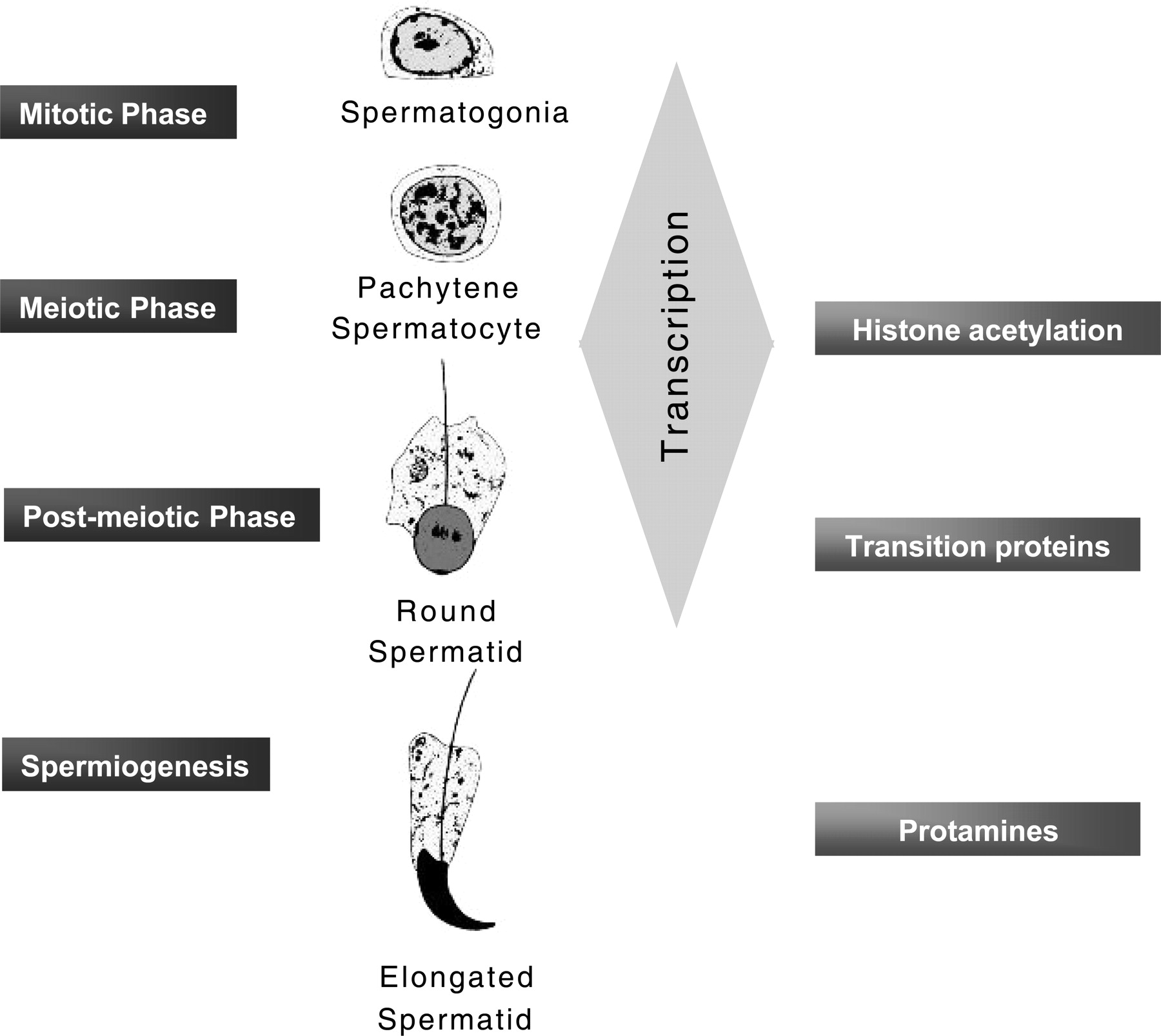 Spermatogenesis follows a carefully orchestrated differentiation program that depends on trancriptional regulation. The transcription phase begins in spermatogonia. Meiotic cells have a high level of transcription that is promoted by histone acetylation, making DNA accessible. Elevated transcription in meiotic cells is required for chromosome congression, recombination and desynapsis. In post-meiotic spermatids there is a second round of histone acetylation and transcription, followed by the sequential replacement of histones by transition proteins then protamines. This altered chromatin architecture leads to arrested transcription and differentiation into elongated spermatids. 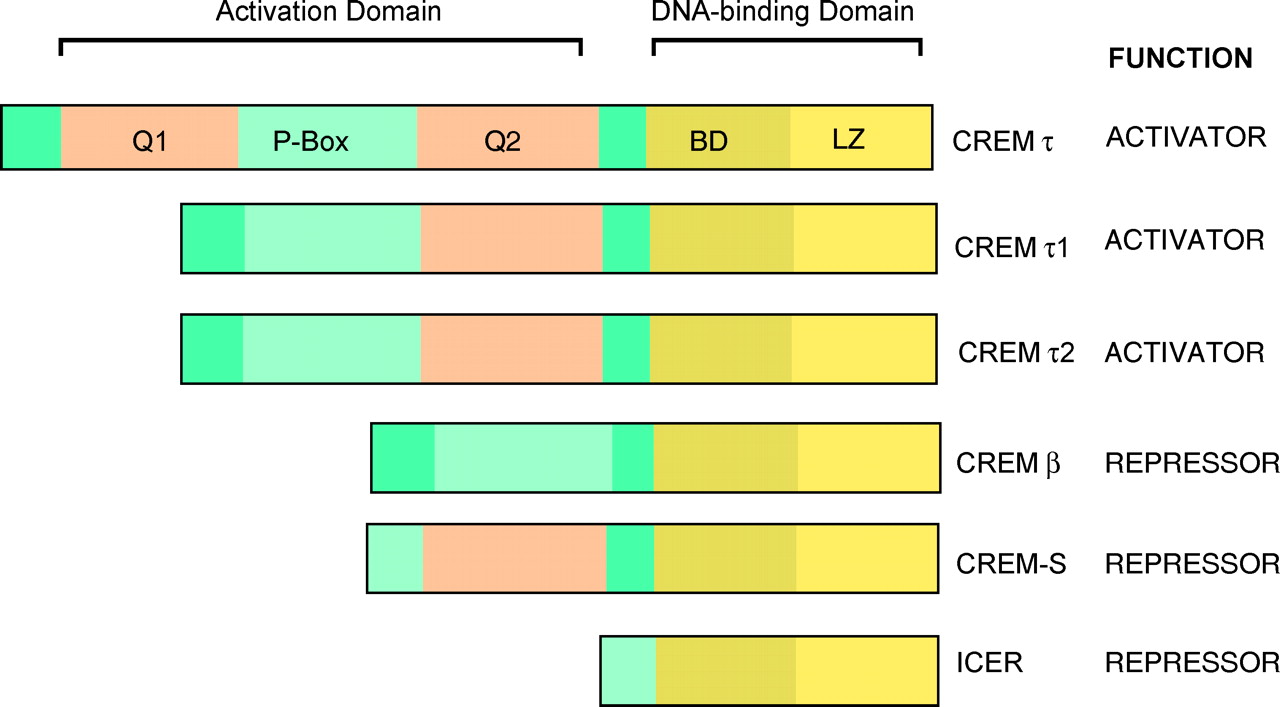 Functional domains and isoforms of CREM. The activation domain contains glutamine-rich regions, Q1 and Q2, which facilitate protein–protein interactions. Within the activation domain is the P-(phosphorylation) box containing the target residue for PKA phosphorylation, among other phosphoacceptor sites. The DNA-binding domain contains a basic region (BD), required for binding to CRE sequences, and the leucine zipper (LZ) region that permits dimerization. 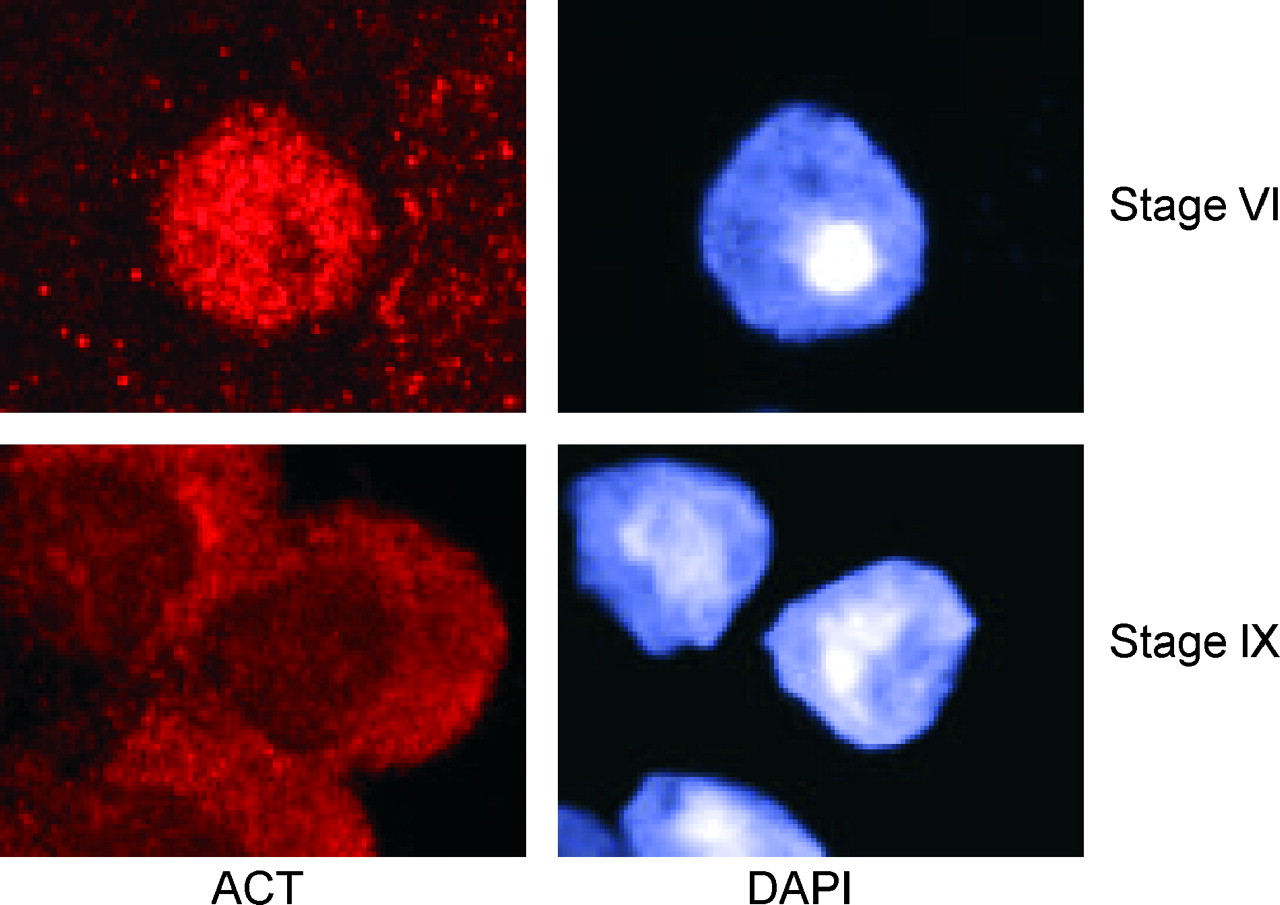 Immunofluorescent localization using an ACT-targeting antibody was performed on squash preparations from segments of defined stages of the mouse seminiferous tubule obtained by transillumination-assisted microdissection. In round spermatids at stage VI ACT is nuclear, but during spermatid elongation from stage IX onward, ACT is predominantly in the cytoplasm. Relocalization of ACT from the nucleus to the cytoplasm of elongating spermatids temporally correlates with the cessation of CREM-dependent transcription. 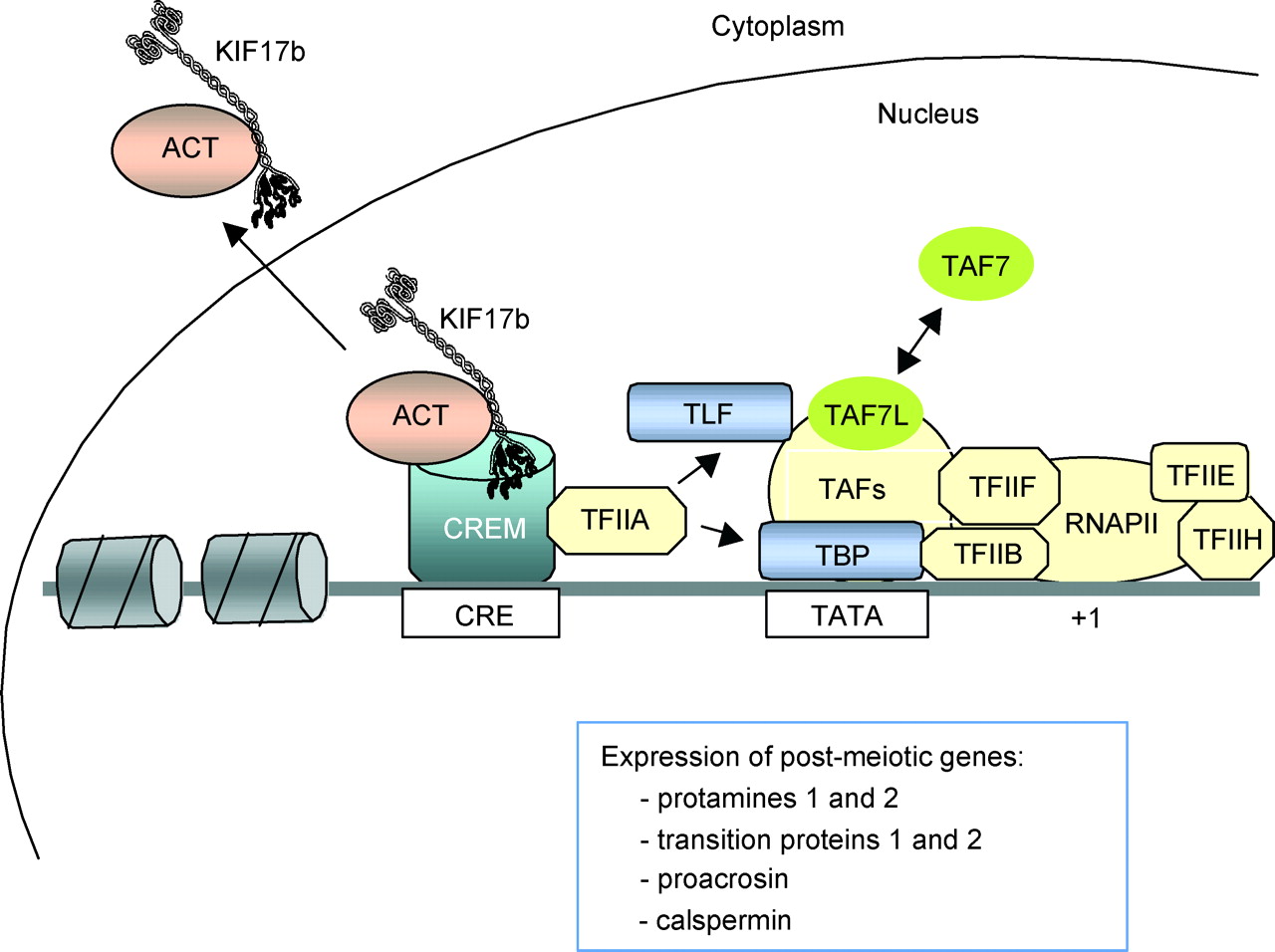 The testis has specialized transcription complexes that coordinate the differentiation program of spermatogenesis. Transcription factor CREM is required for the expression of many post-meiotic genes. It associates with the spermatid-specific coactivator protein, ACT, that enhances CREM-dependent transcription in a phosphorylation-independent manner. The activity of ACT is in turn regulated by a kinesin protein, KIF17b, that determines the subcellular localization of ACT. TLF is a member of the TBP protein family which is essential for spermatogenesis and has a distribution pattern that is dependent on the spermatogenic cycle. Like TBP, it interacts with the general transcription factor TFIIA. There are also germ cell-specific alterations in the components of the general machinery. For example, TAF7, a factor of the TFIID complex, is exchanged at a critical stage in germ cell development for the testis-specific paralogue TAF7L.