The relationship between microvessel density, proliferative activity and expression of vascular endothelial growth factor-A and its receptors in eutopic endometrium and endometriotic lesions

Copyright:
© 2006 Society for Reproduction and Fertility 2006

Copyright:
© 2006 Society for Reproduction and Fertility 2006 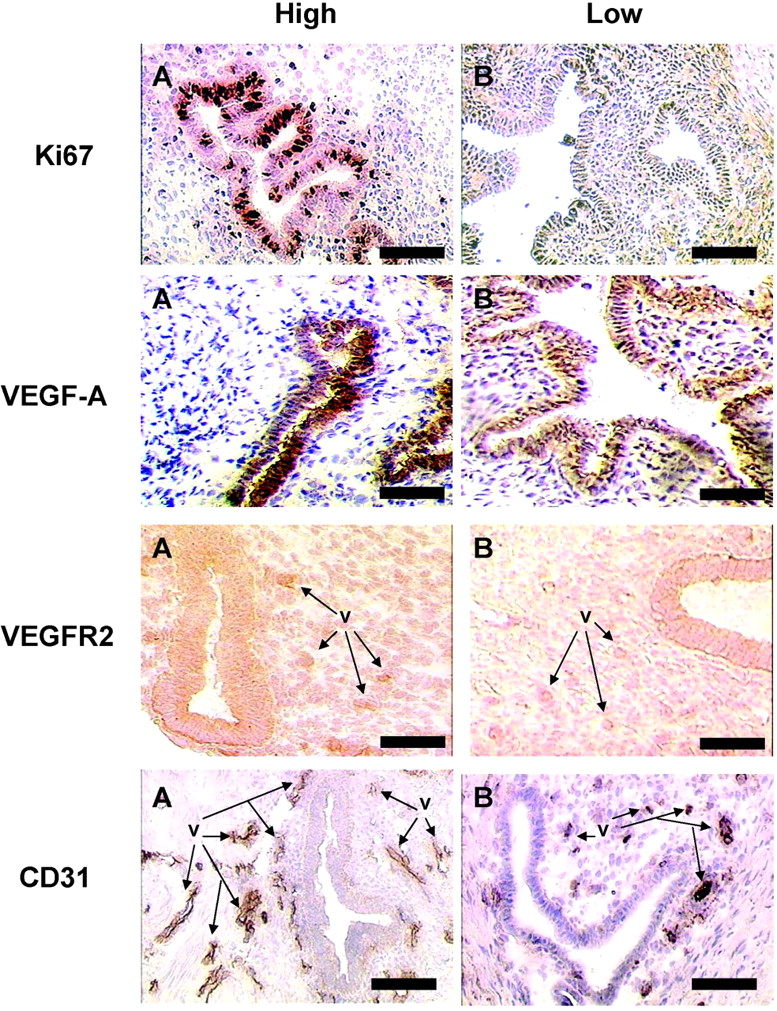 Immunohistochemical staining of ectopic endometrium. Proliferating cells were identified by staining for Ki-67. The angiogenic growth factor VEGF-A and its receptor VEGFR-2 were found in stroma, glands and blood vessels (v). Blood vessels were recognised by staining for CD31. Pictures on the left (A) represent samples with a high mitotic activity in the glandular epithelial cells and those on the right (B) represent samples with a low proliferative activity. Scale bar is 25 μm. 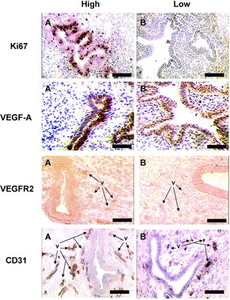