Copyright:
© 2007 Society for Reproduction and Fertility 2007

Copyright:
© 2007 Society for Reproduction and Fertility 2007 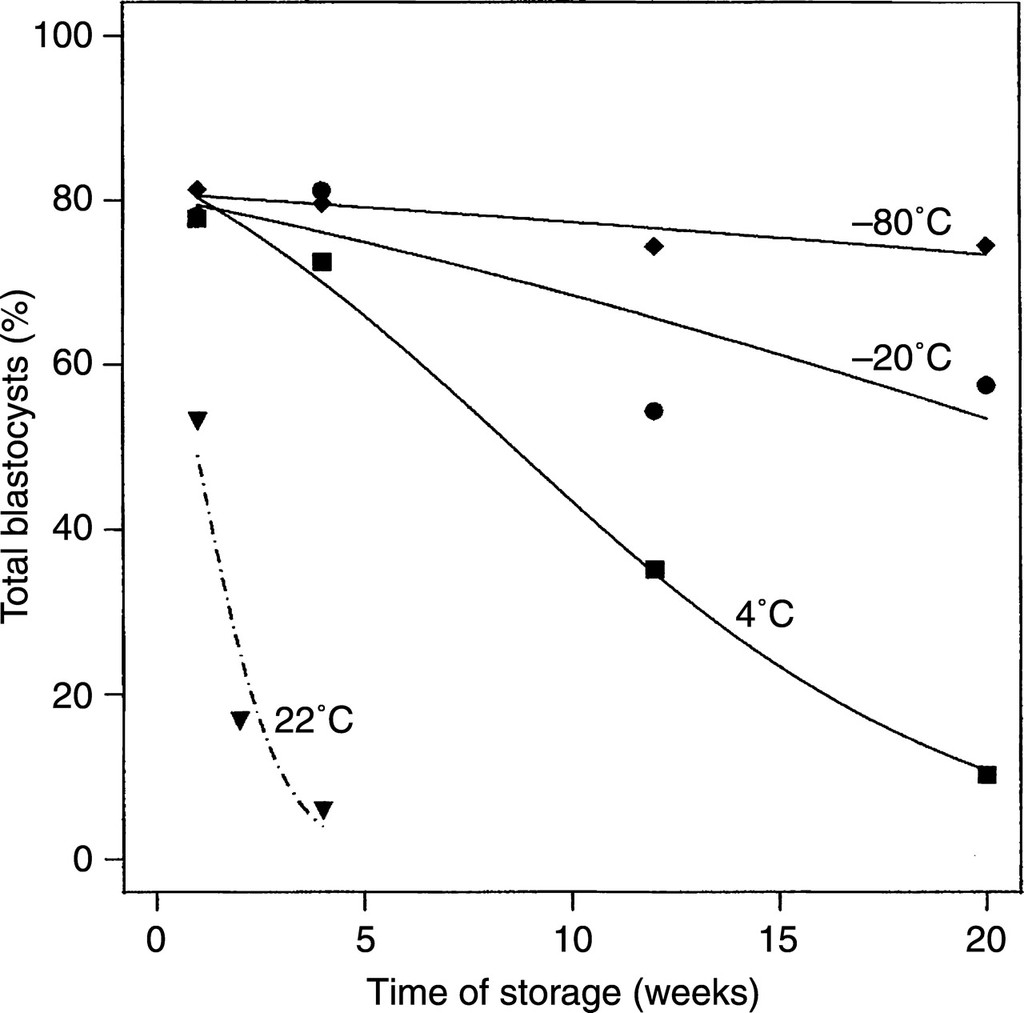 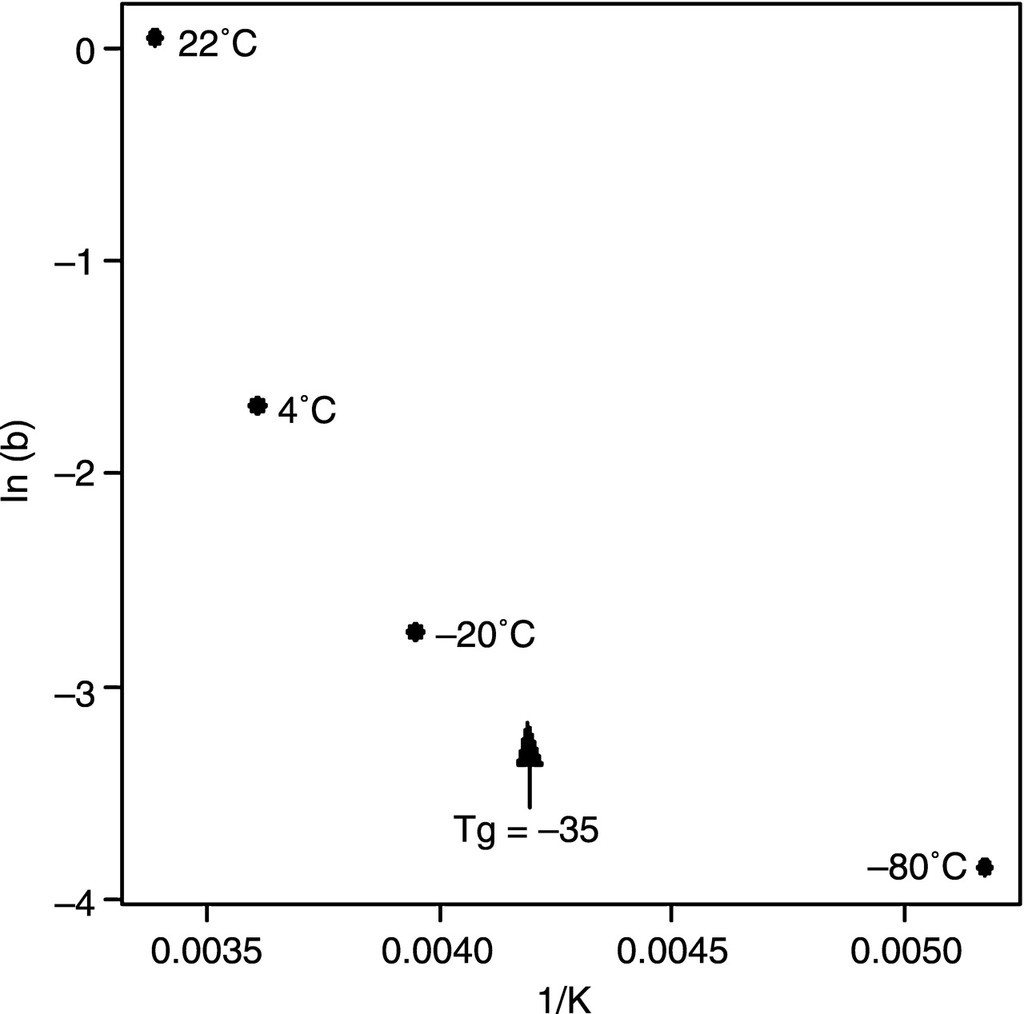 An Arrhenius plot of the natural logarithm of the rate constants (b in Table 3) versus the reciprocal of the absolute temperature (T), and the glass transition temperature (Tg). 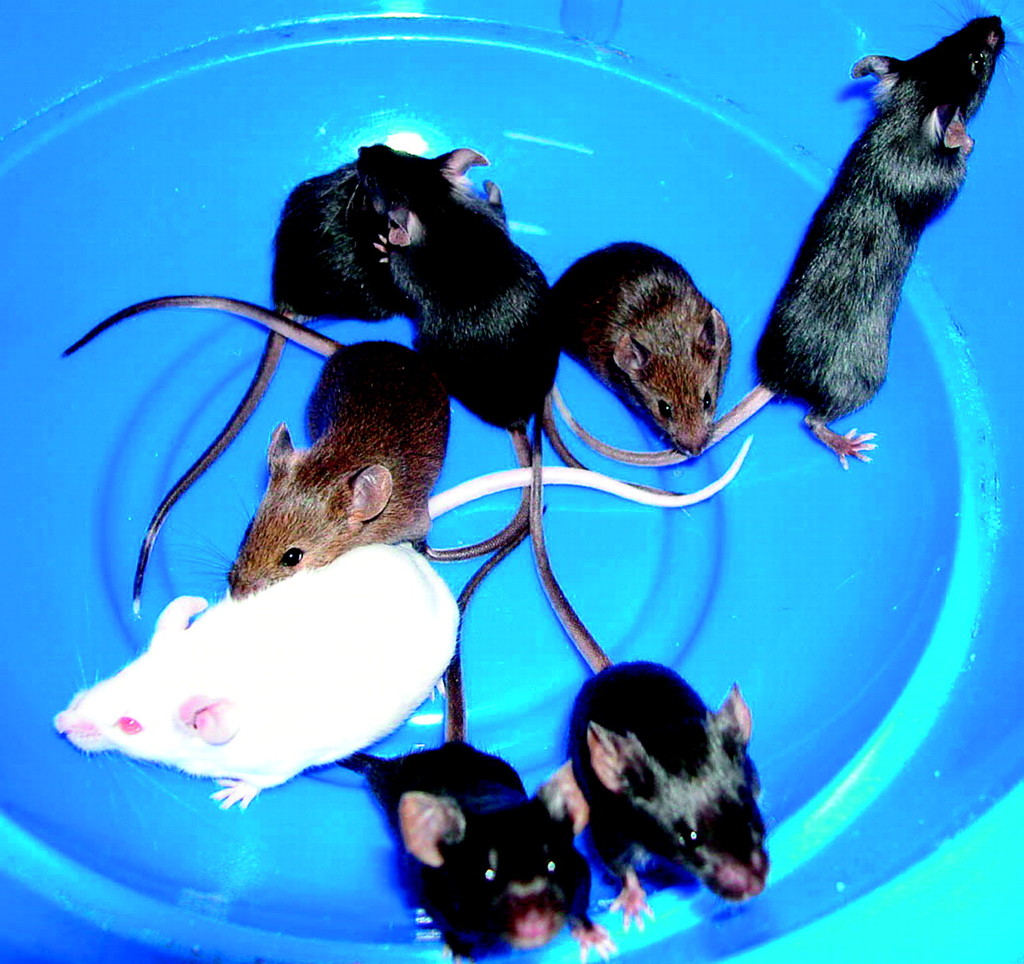 Litter derived by ICSI using evaporatively dried sperm that had been stored for 3 months at −80 °C. White mouse is CD-1 surrogate mother. 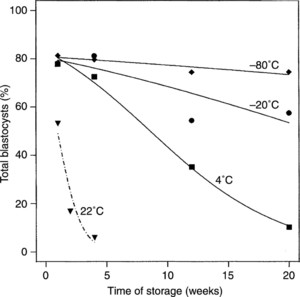 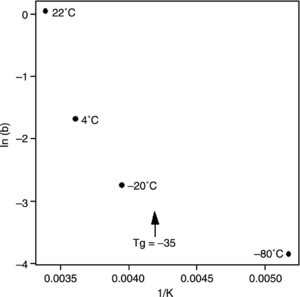 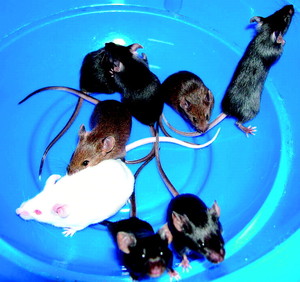