Copyright:
© 2013 Society for Reproduction and Fertility 2013

Copyright:
© 2013 Society for Reproduction and Fertility 2013 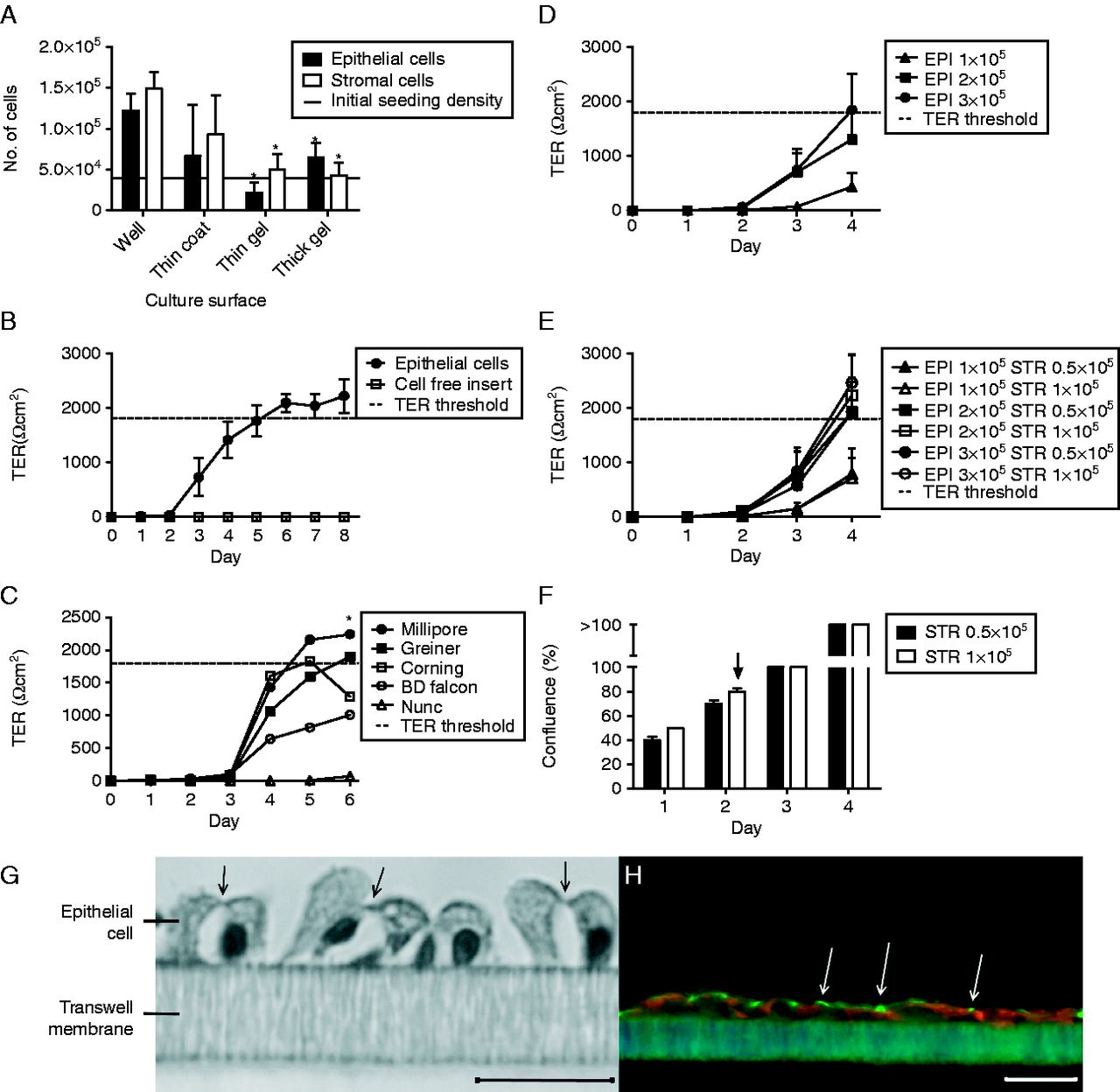 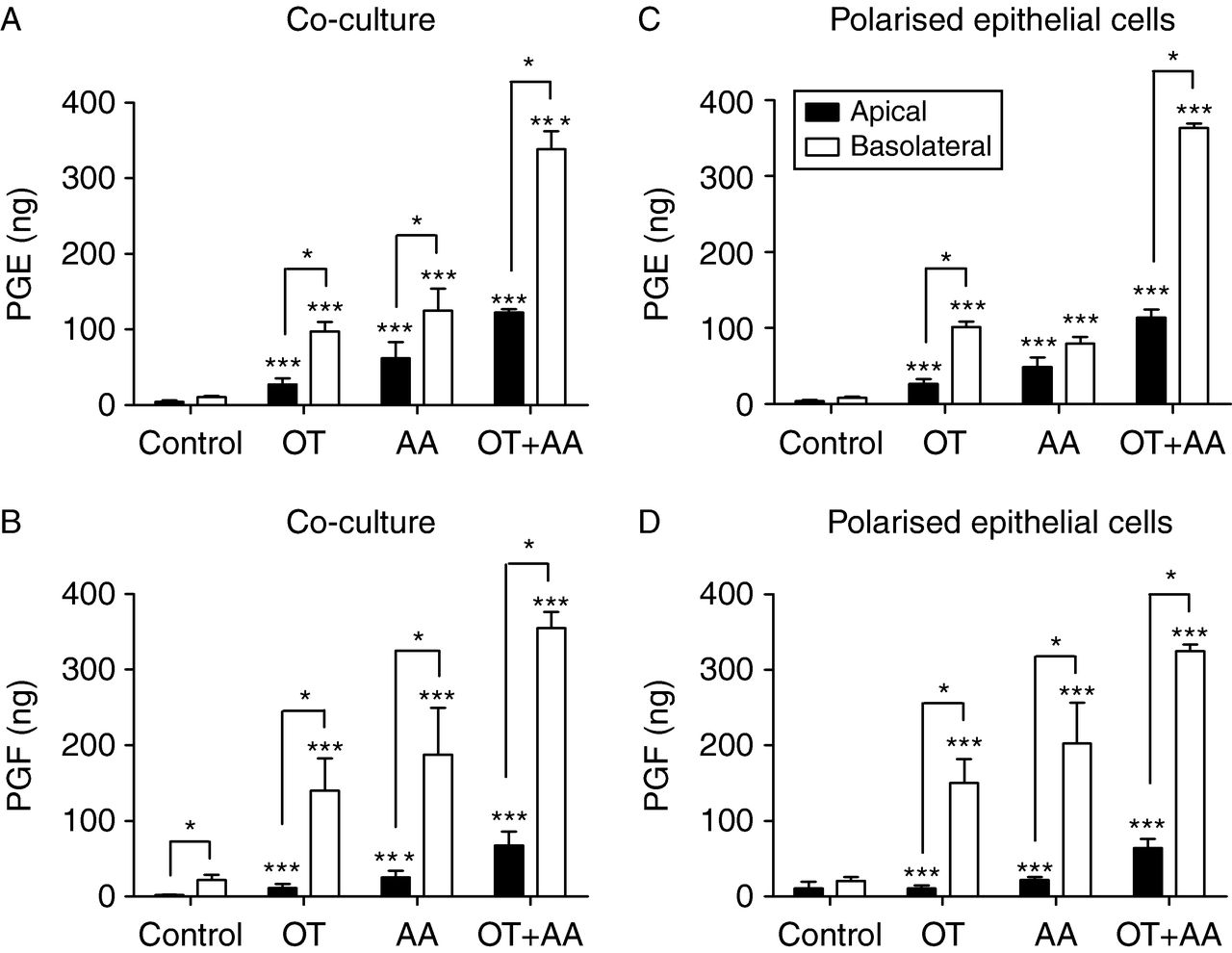 Accumulation of PGE and PGF by endometrial cells treated with OT and AA. (A and B) Polarised epithelial cells grown on transwell inserts were co-cultured with stromal cells in the well below or (C and D) polarised epithelial cells cultured alone. Endometrial cells (n=3 uteri) were treated with control media, OT, AA or a combination of the two (OT+AA) for 24 h. Accumulation (ng) of prostaglandin in the apical or basolateral supernatants is shown to account for differences in supernatant volume between compartments. Values differ between treatment and control, within culture type and compartment, ***P<0.001, and between apical and basolateral supernatants, within treatment, *P<0.05. 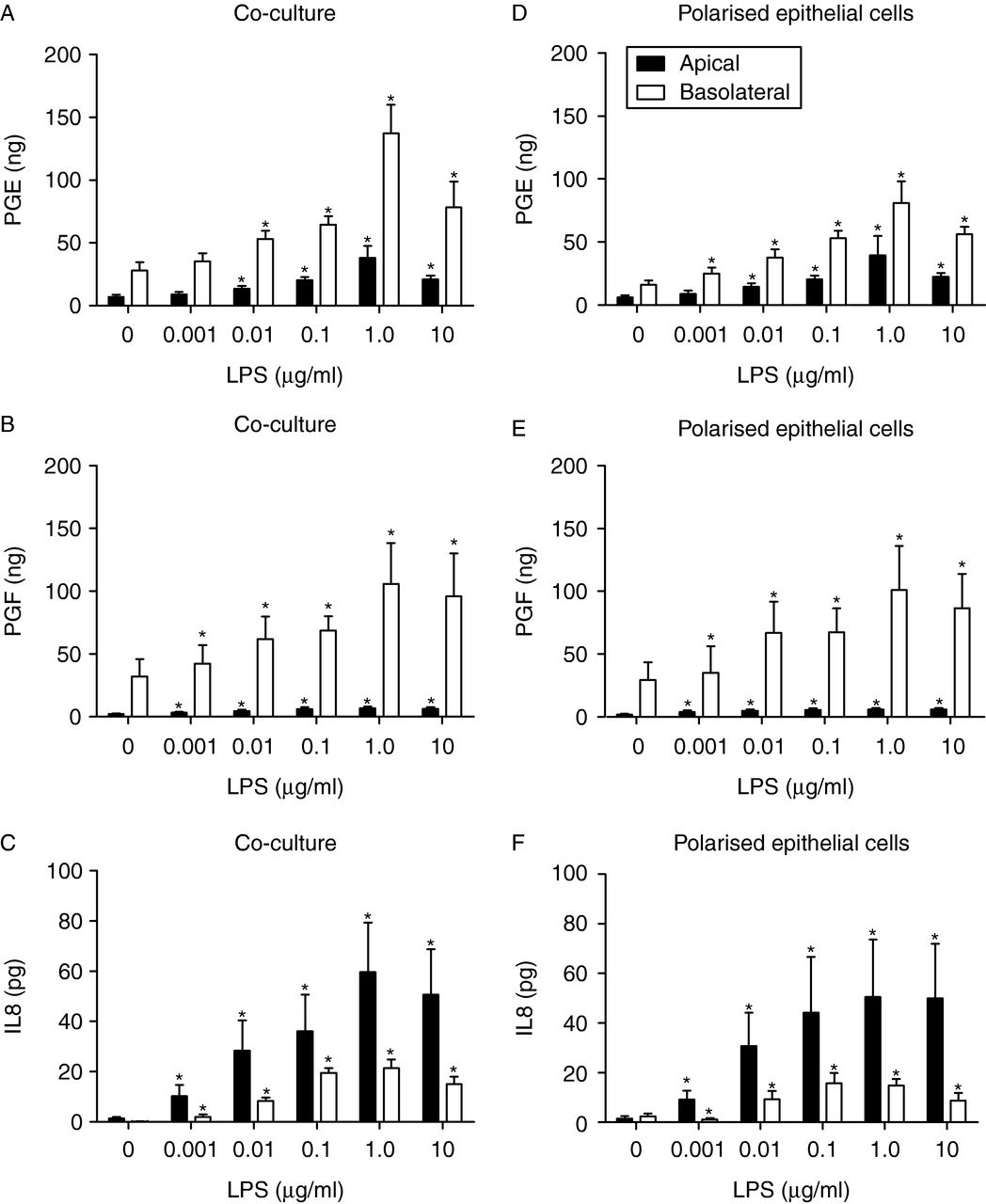 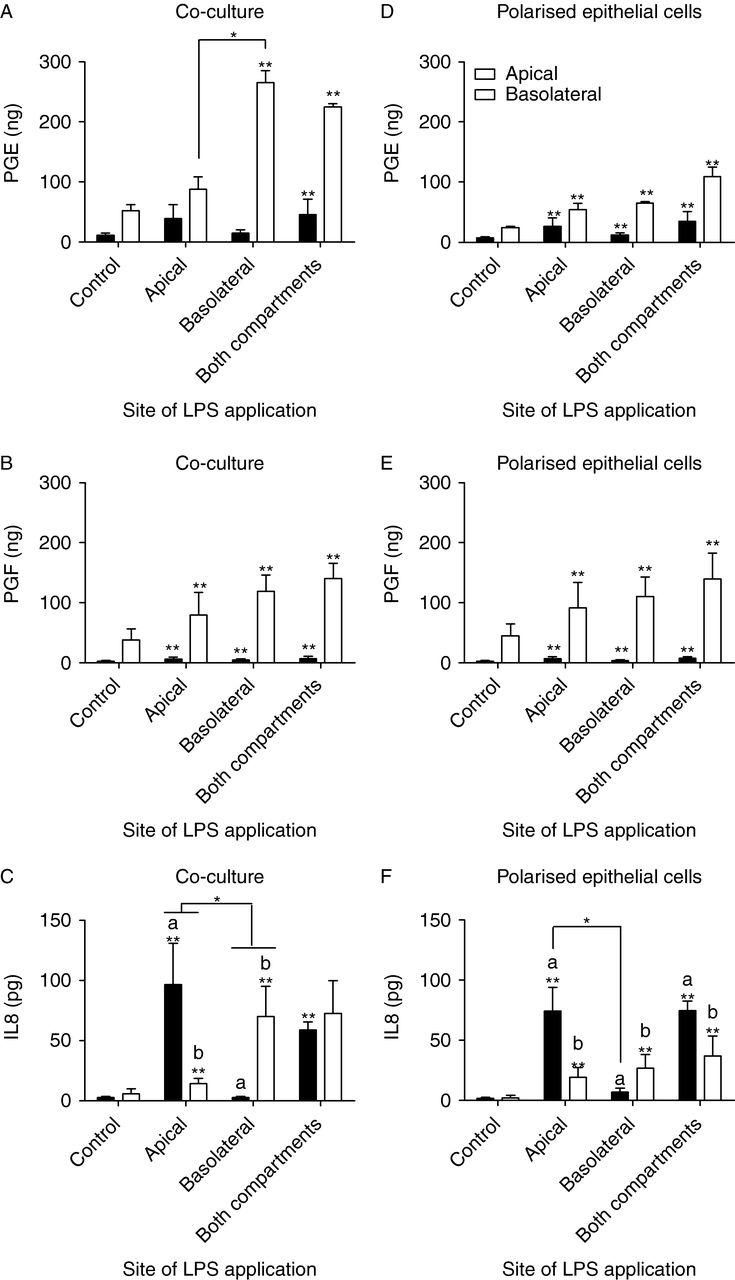 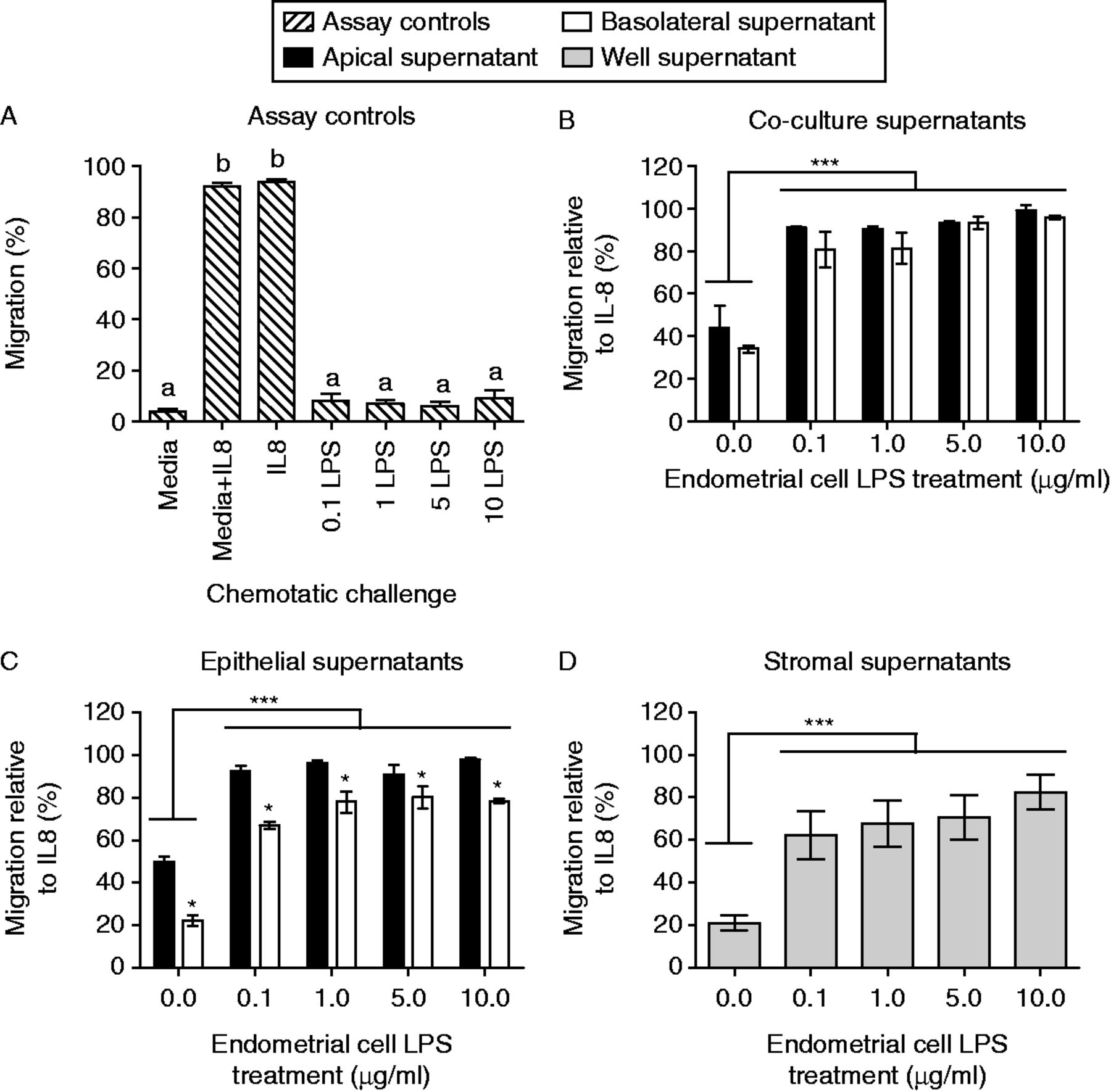 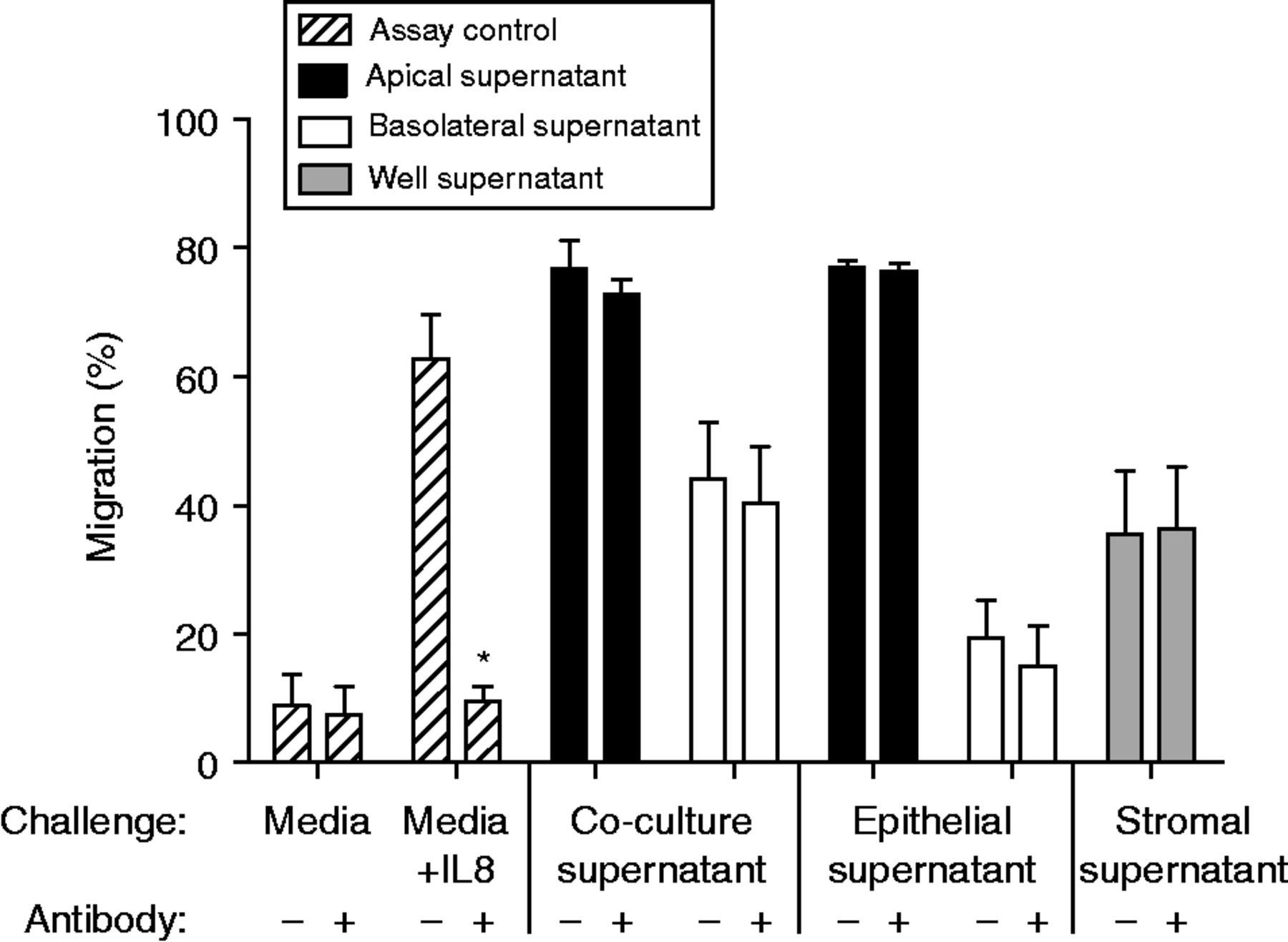