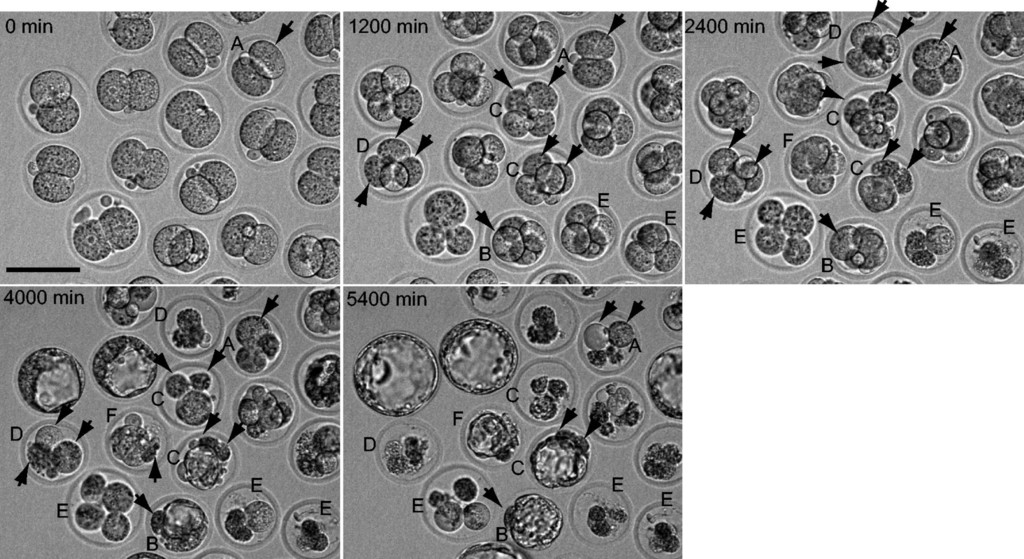 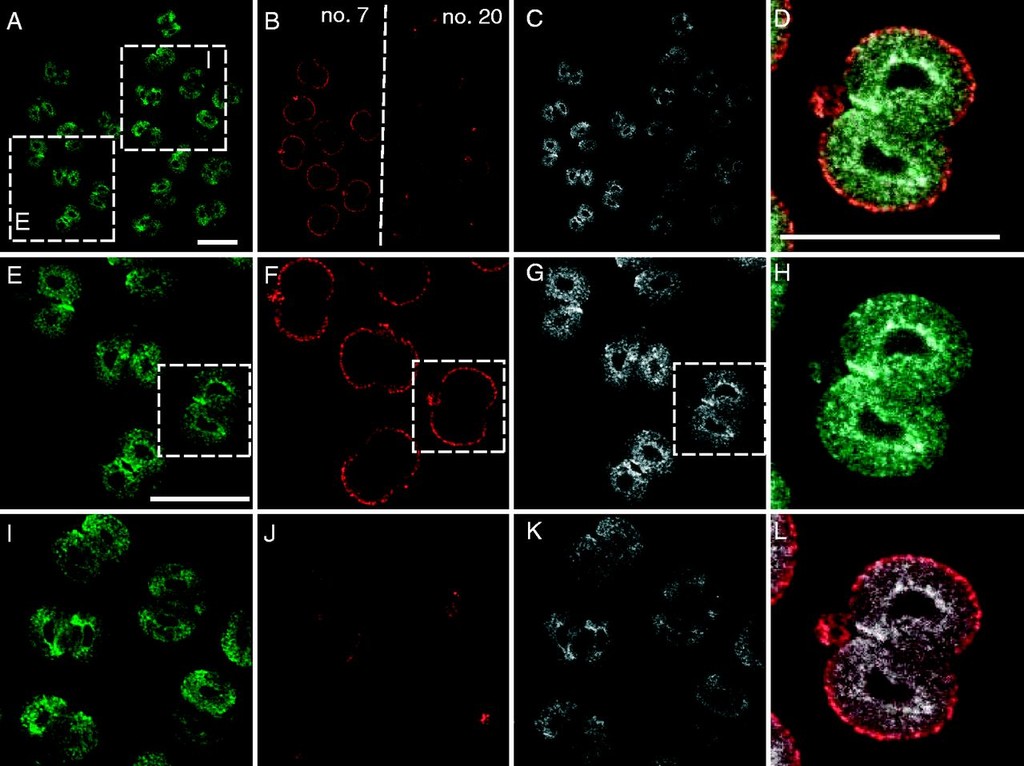 Protein modification by lipid peroxidation in the 2-cell stage embryos. The signals in A and C denote the lipid peroxidation-derived protein modification in the 2-cell stage embryos. B and D are bright-field images of A and C. (A and B) <80% IVF embryos. (C and D) ≥80% IVF embryos. (E) The box plot illustrates the signal intensity of each group of embryos. Mean±s.d., ***P<0.001. The scale bar indicates 100 μm. The arrows indicate the localization of modified proteins. 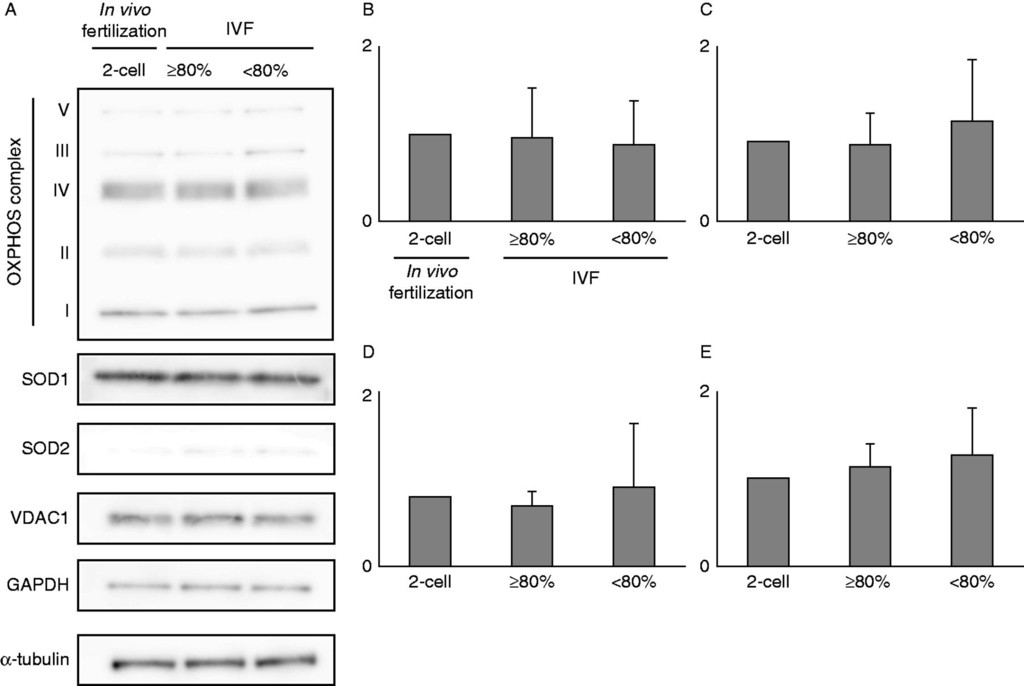 The OXPHOS) complexes, superoxide dismutase 1 (SOD1), SOD2, and voltage-dependent anion channel 1 (VDAC1) in 2-cell stage embryos. The expression of OXPHOS complexes I–V, SOD1, SOD2, VDAC1, glyceraldehyde-3-phosphate dehydrogenase (GAPDH), and α-tubulin in the 2-cell stage embryos was evaluated. The lysate that was obtained from 100 embryos was divided into two samples; one sample was used to detect the OXPHOS complexes and α-tubulin; the other sample was used to detect SOD1, SOD2, VDAC1, and GAPDH (A). The concentrations of each of complex I (B), complex III (C), SOD1 (D), and VDAC1 (E) were quantified and indicated as arbitrary units relative to a set value of 1 for the samples from the 2-cell stage in vivo-fertilized embryos (mean±s.d.). In this quantification, α-tubulin was used as an internal standard because the GAPDH and α-tubulin expression levels were almost the same. 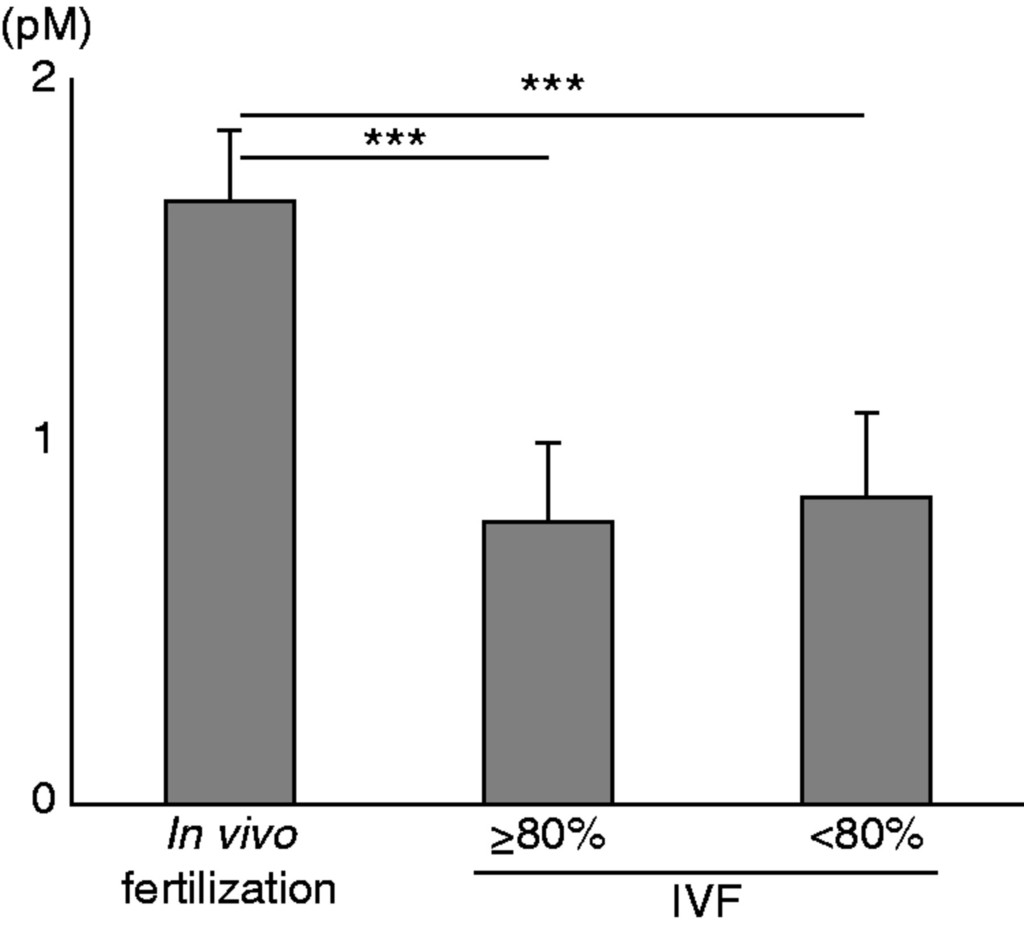 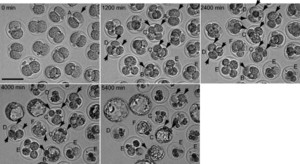 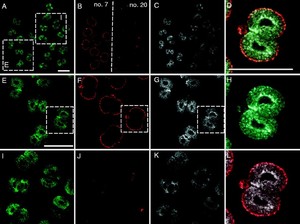 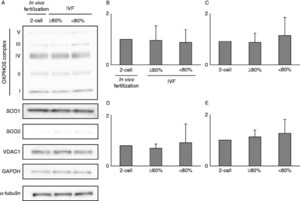 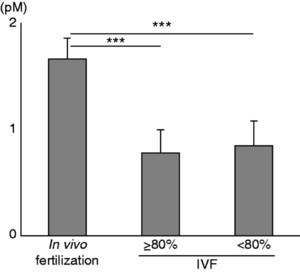