MicroRNAs and DNA methylation as epigenetic regulators of mitosis, meiosis and spermiogenesis

Copyright:
© 2015 Society for Reproduction and Fertility 2015

Copyright:
© 2015 Society for Reproduction and Fertility 2015 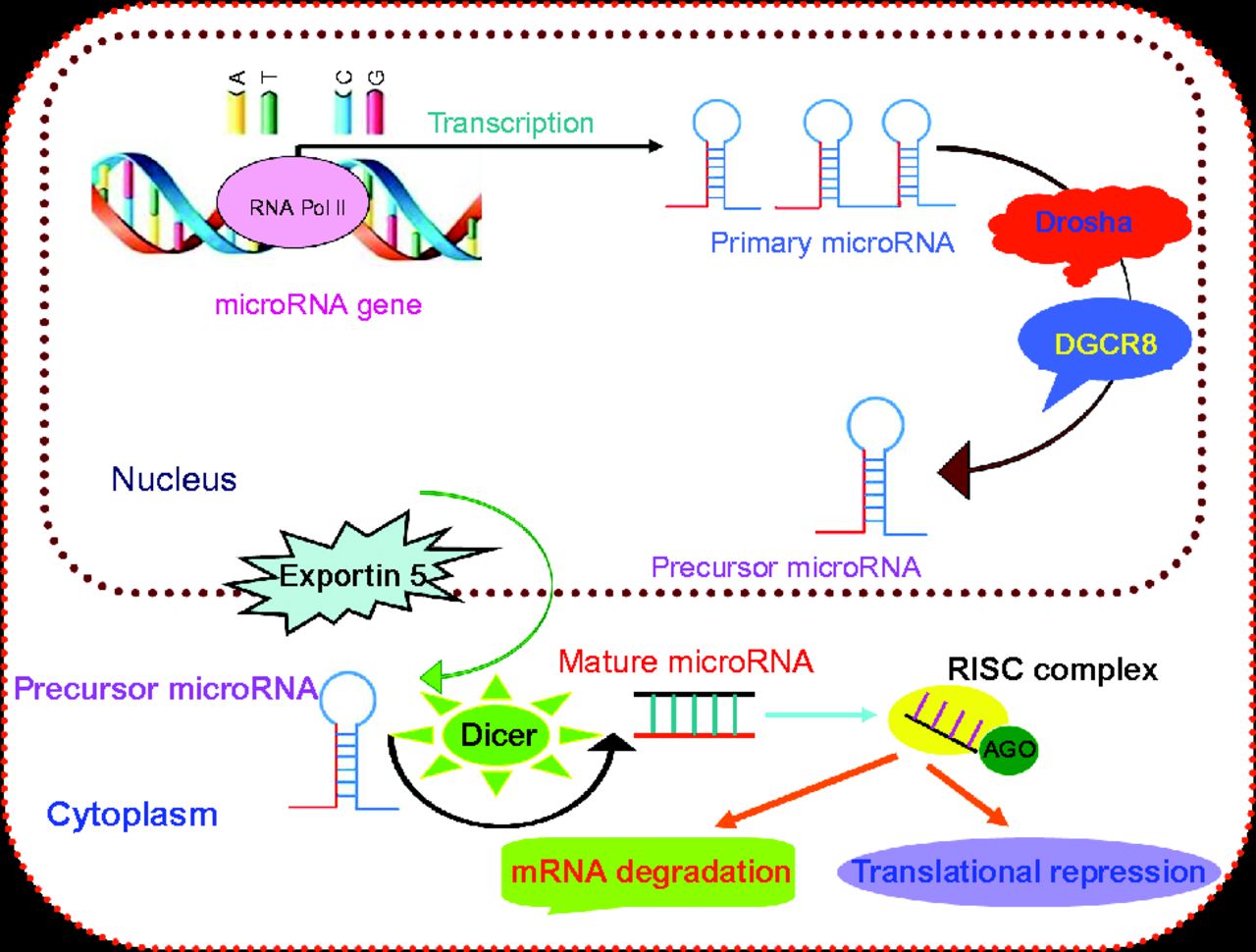 Schematic diagram shows miRNA biogenesis. MiRNA genes are transcribed as the primary capped and polyadenylated precursors of miRNA (pri-miRNAs) by RNA polymerase II in the nucleus, and the pri-miRNAs are further cleaved by Drosha and DGCR8. The processing of the pri-miRNAs by RNase III enzyme Drosha along with cofactor DGCR8 gives rise to the stem-loop pre-miRNA that is exported by Exportin 5 from the nucleus to the cytoplasm. In the cytoplasm, the RNase III enzyme Dicer catalyzes the pre-miRNA to form mature miRNAs. The mature miRNAs are incorporated into the RNA-induced silencing complex (RISC) that guides the 3′-UTR of the target gene. The association of the miRNA-RISC results in the silencing of the target gene by mRNA degradation or translational repression. 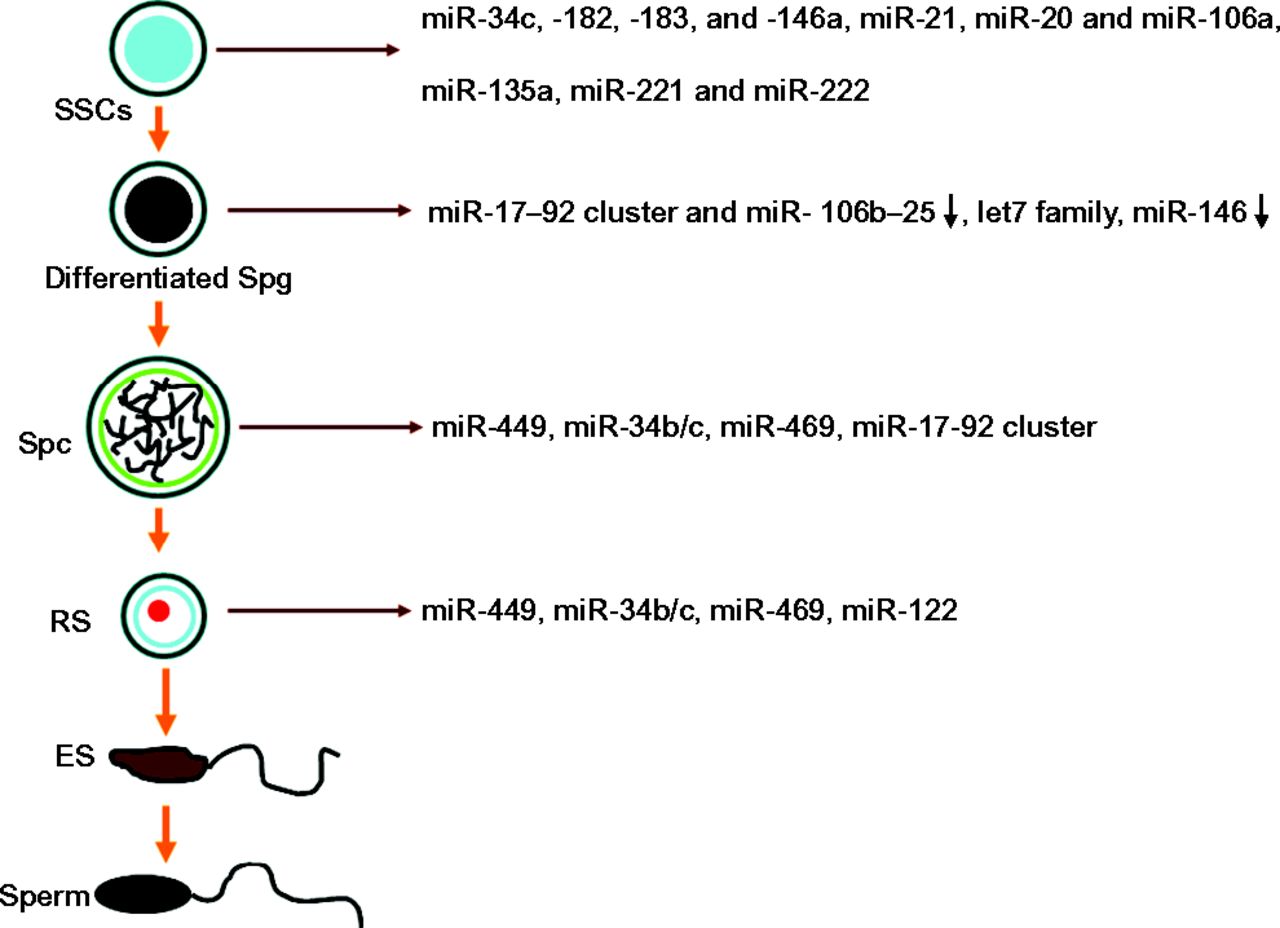 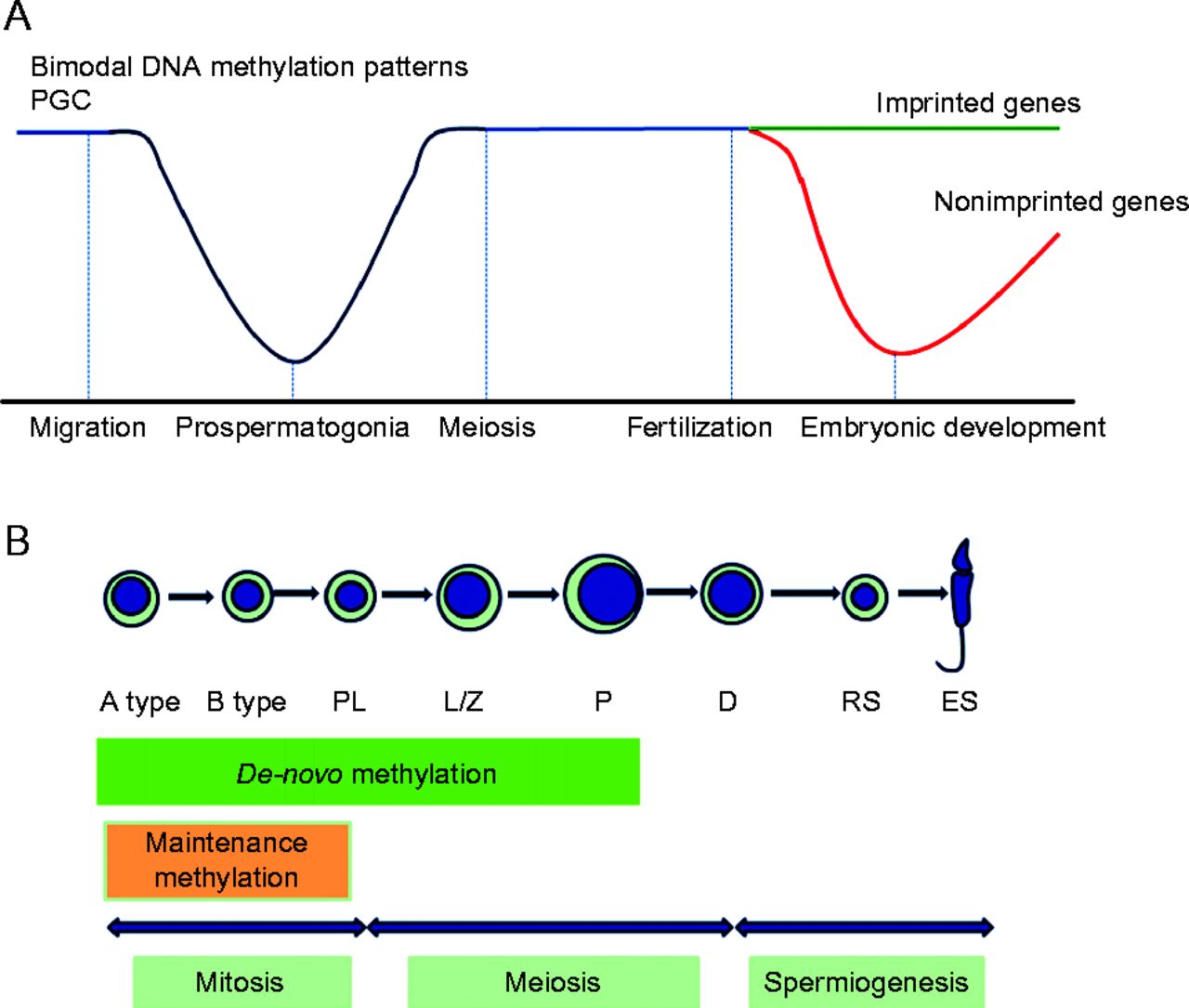