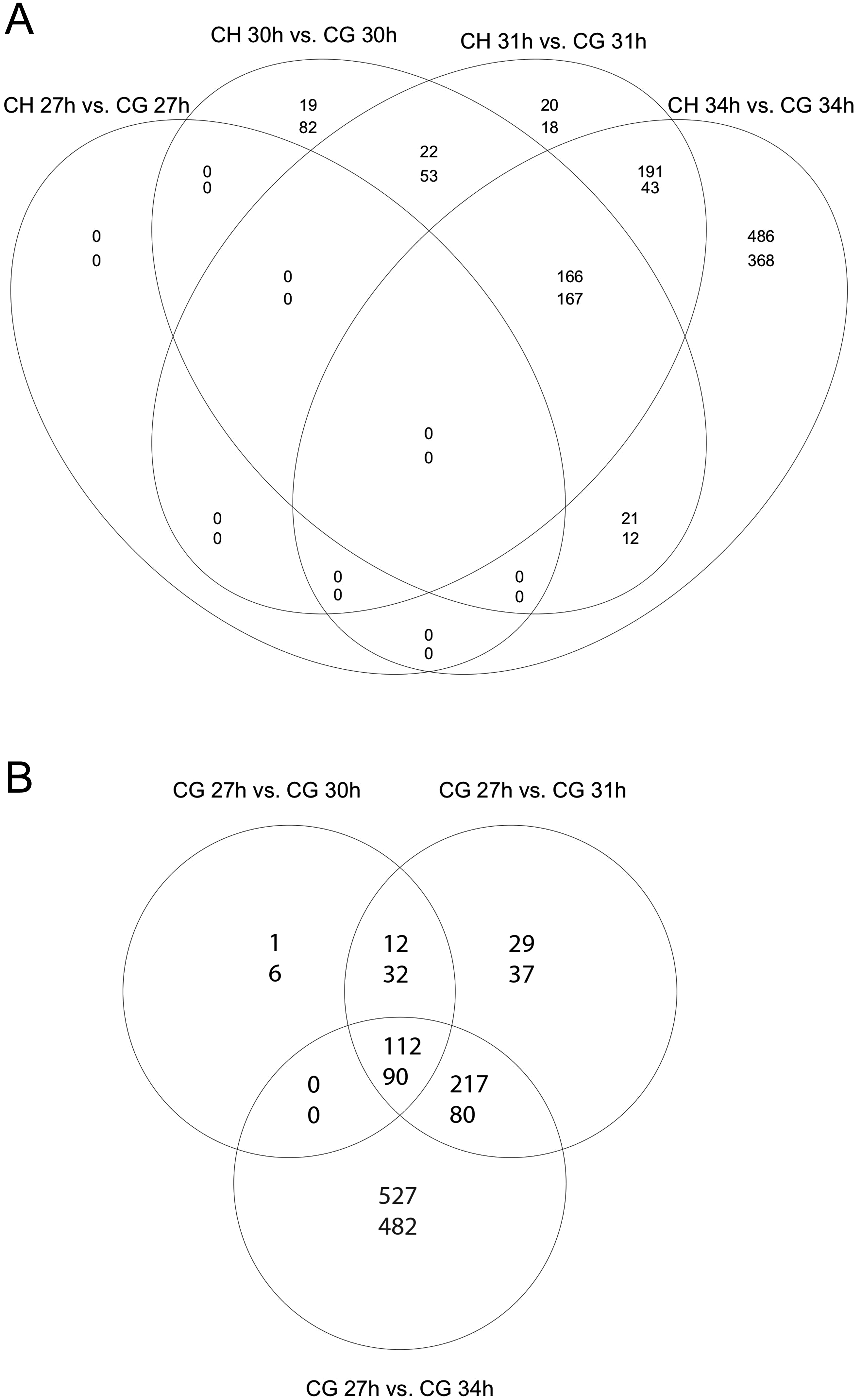 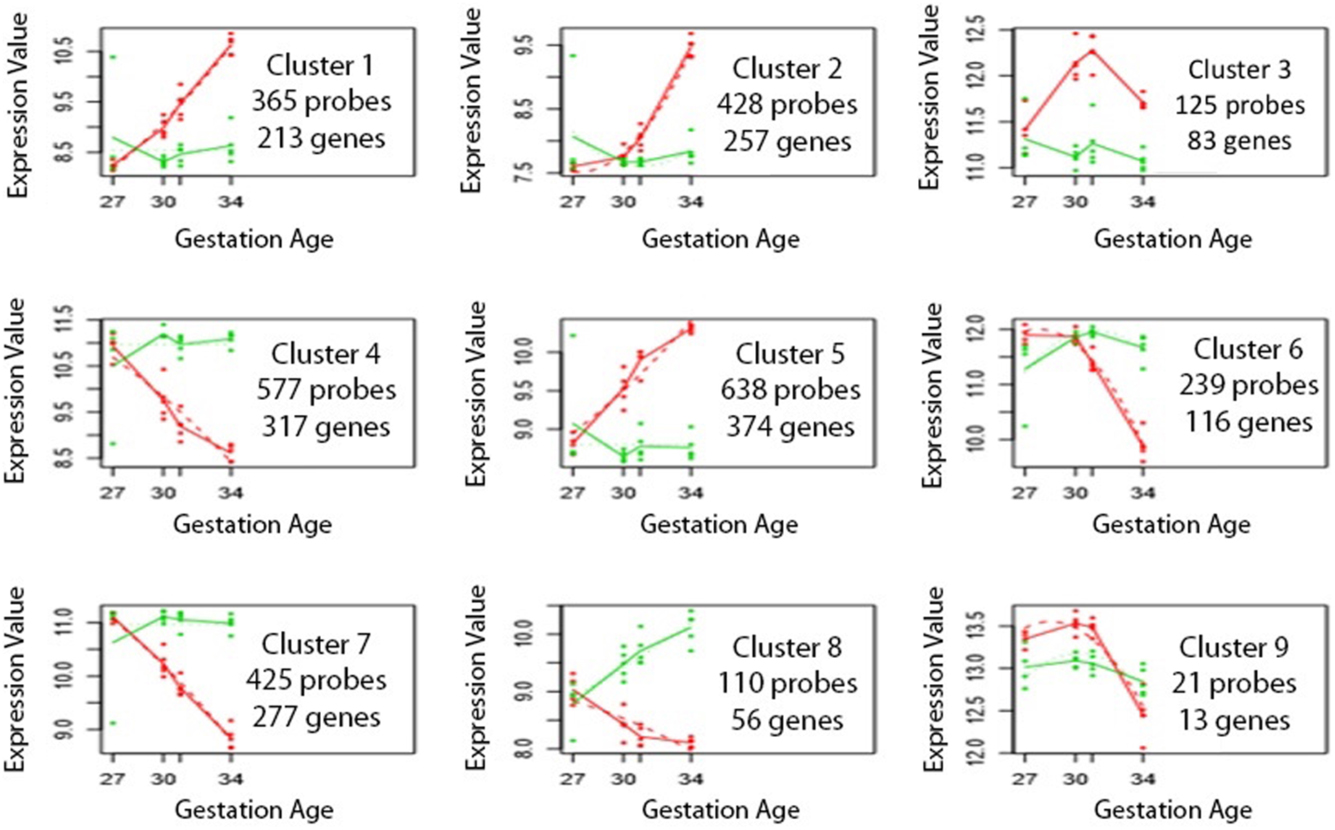 Clusters of similarly regulated genes in the chorionic girdle, identified using maSigPro software. Genes with a fold change >2 (P < 0.05) between days 27 and 34 of gestation in the chorionic girdle, were grouped by maSigPro software into the nine most likely expression profiles. Chorionic girdle is shown in red and chorion in green. Plotted is the median expression profile of genes within each cluster. Probe numbers and corresponding gene numbers (including those unnamed genes) are provided below each cluster. Gene lists for each cluster can be found in Supplementary Table 4. 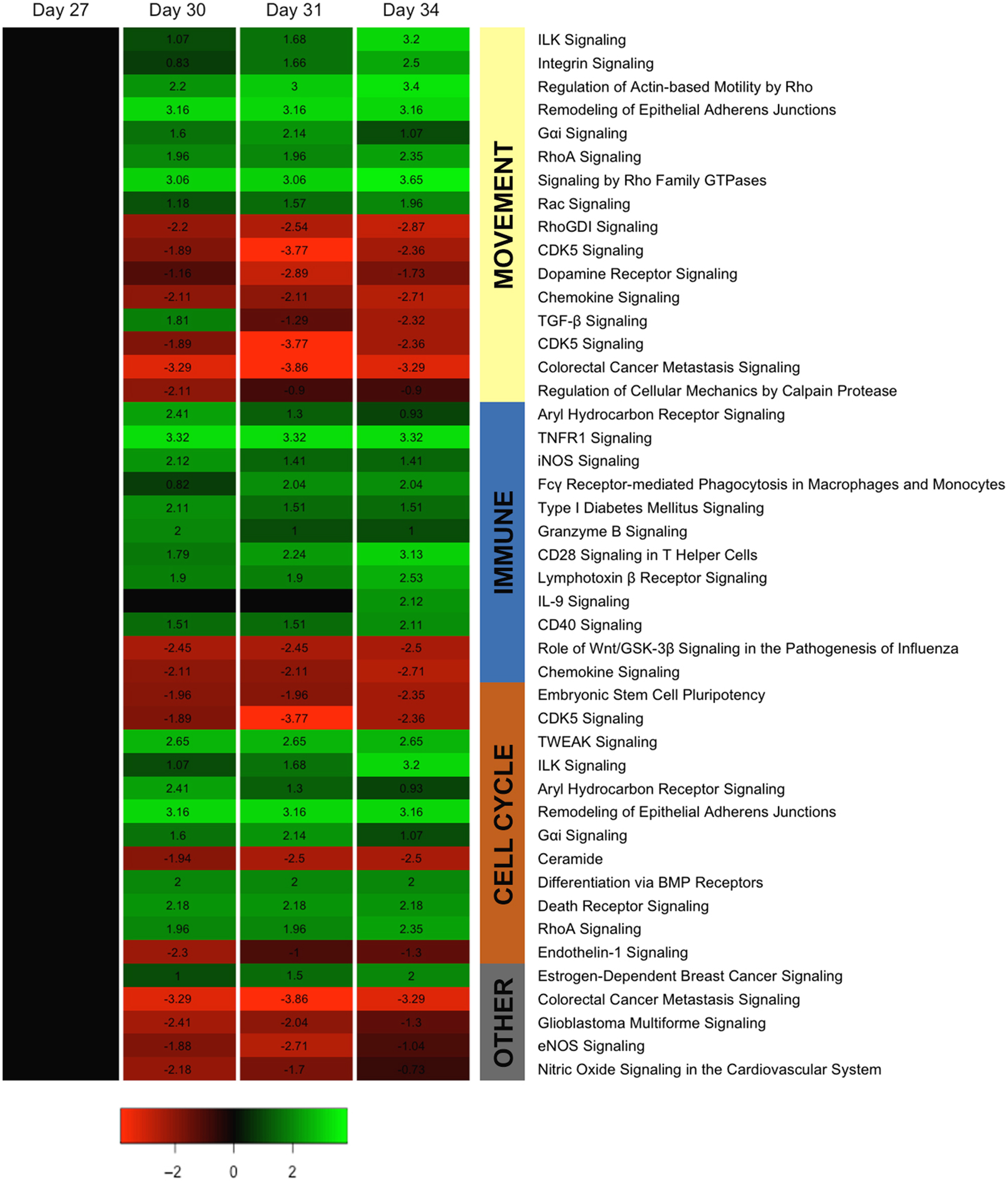 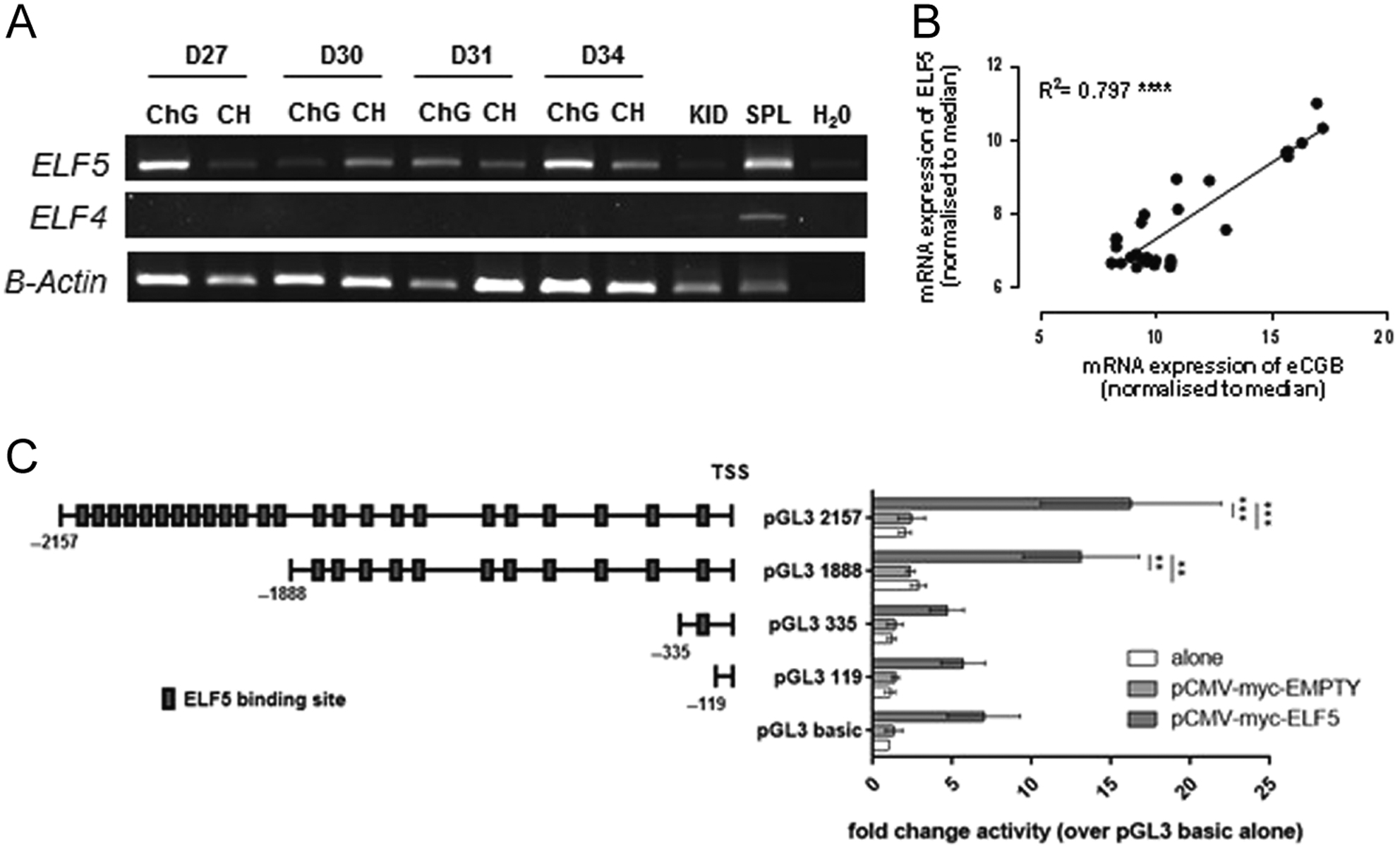 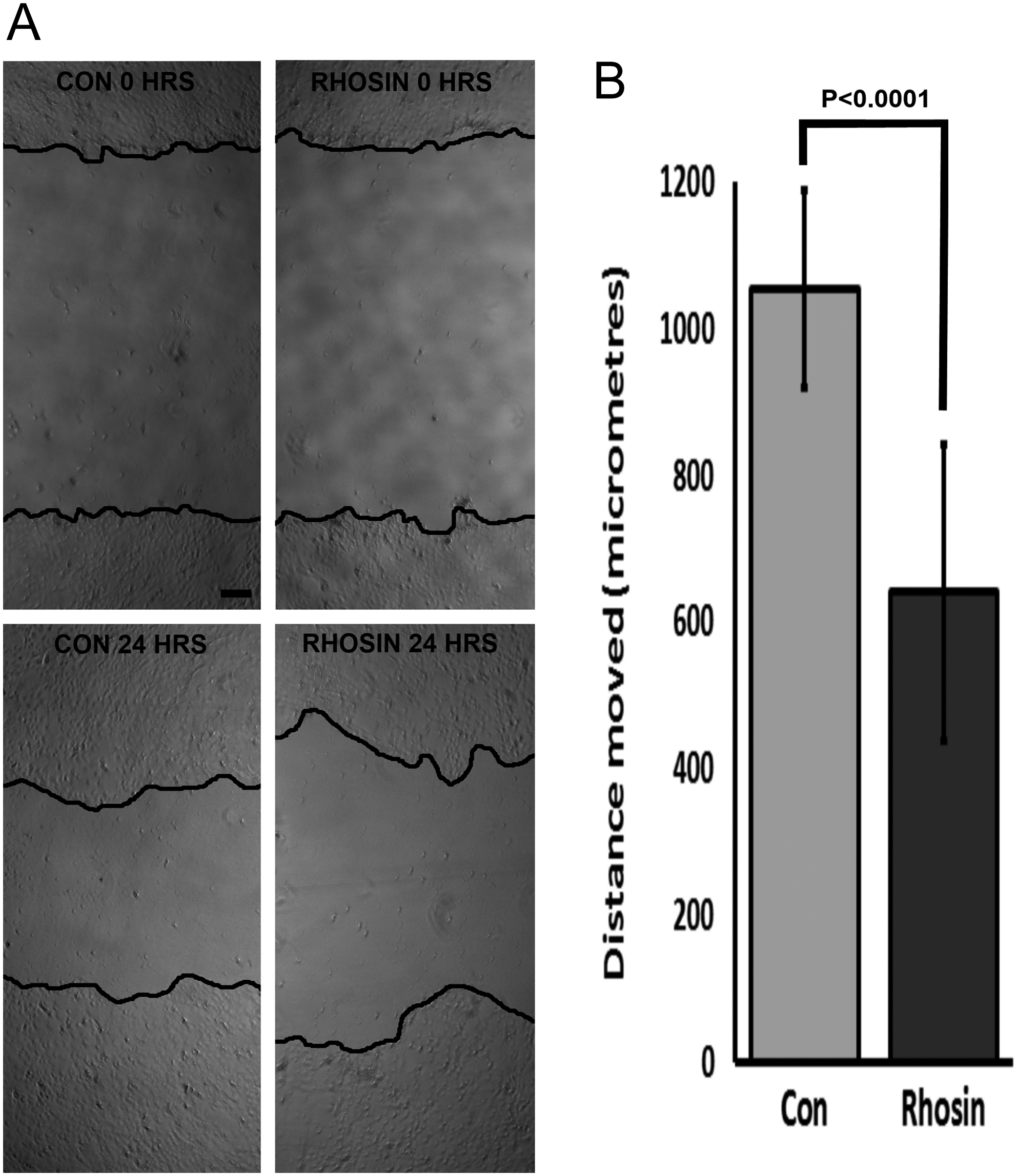