Endometriosis in MRKH cases as a proof for the coelomic metaplasia hypothesis?

Copyright:
© 2019 Society for Reproduction and Fertility 2019

Copyright:
© 2019 Society for Reproduction and Fertility 2019 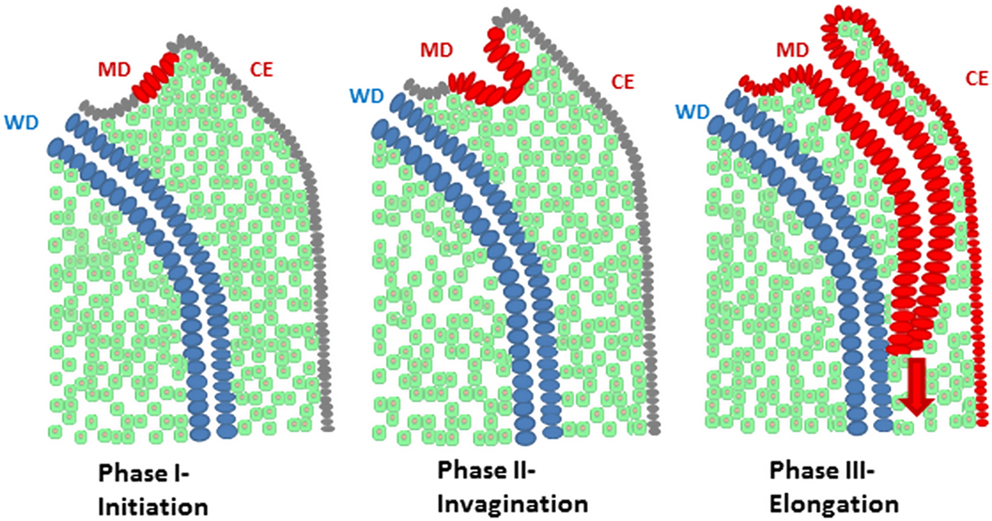 Development of the Müllerian duct (MD) and coelomic epithelium (CE). The MD arises as a local thickening (phase I) and CE invagination (phase II) at the cranial end of the urogenital ridge. The MD grows caudally (phase III, arrow) through the mesenchyme of the urogenital ridge and the tip comes into contact with the Wolffian duct (WD). The MD develops to the vagina (parts), cervix, uterus and oviduct; the CE develops to peritoneum and mesothelial surface cells (OSE) on the ovary. 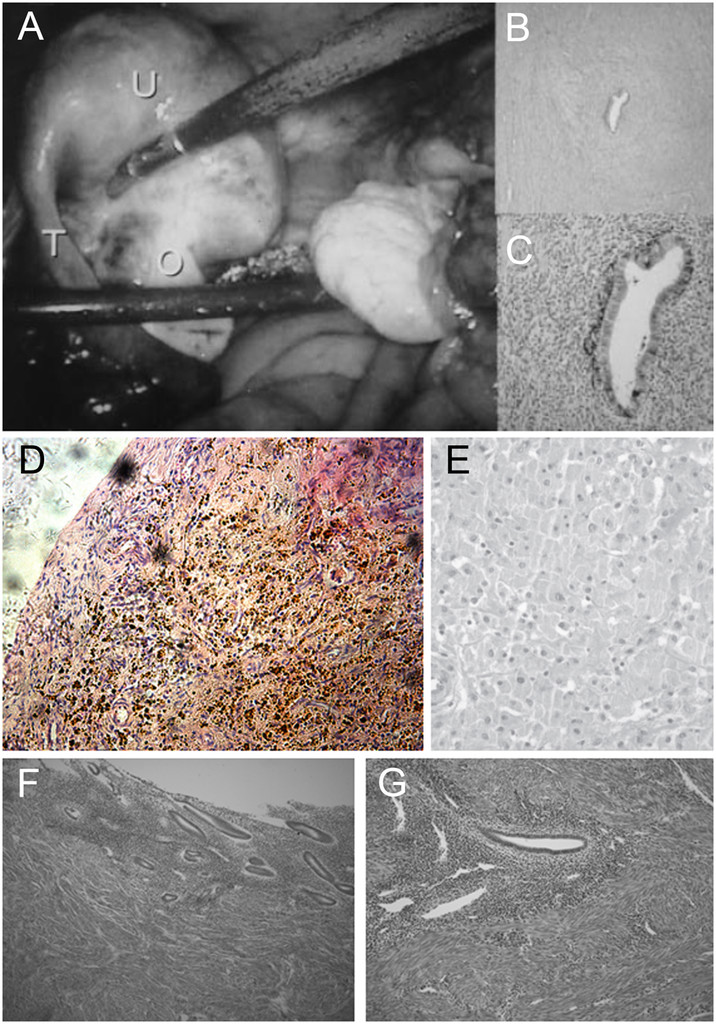 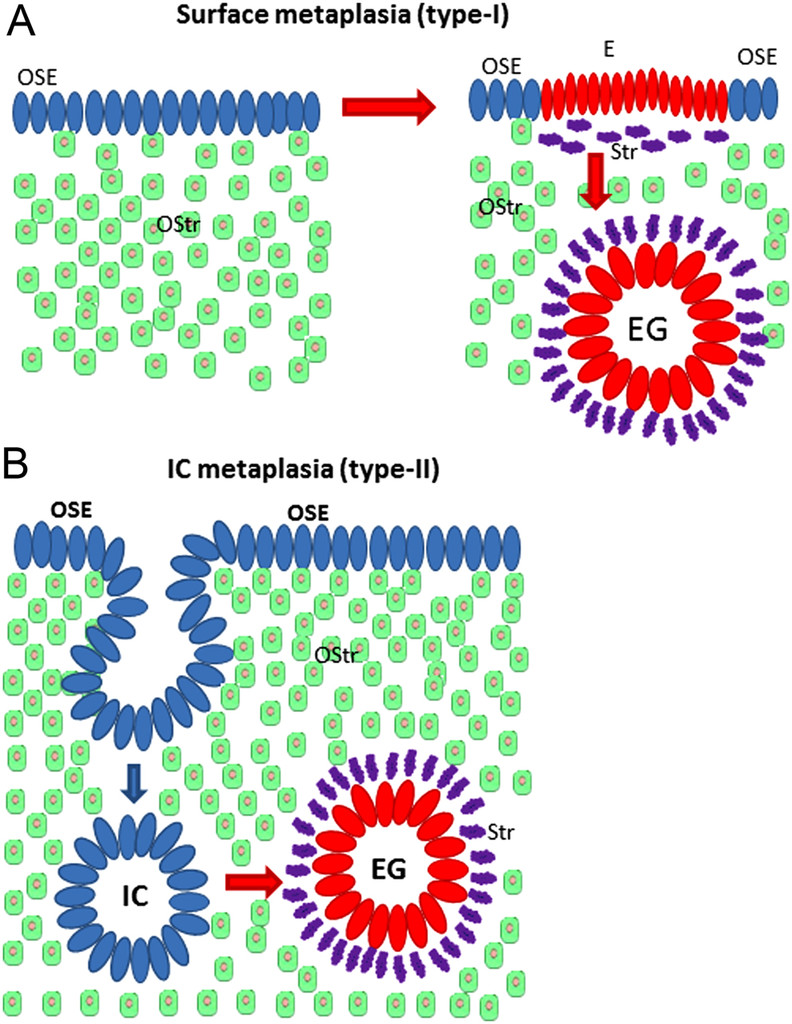 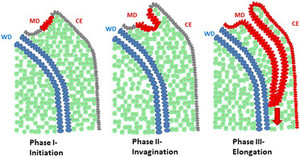 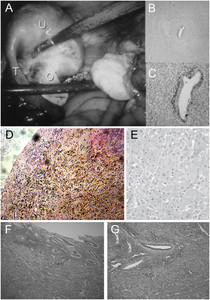 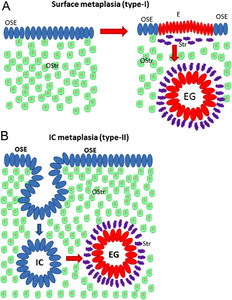